This shouldn’t come as a shock to anyone reading this.  If you finished the bonus levels in Cally’s Caves 2, or follow us on Twitter or Soundcloud, you probably know that we have been working on Cally’s Caves 3 for some time now.  After the wonderful time we had with Cally’s Caves 2, we decided to put the puzzle game we were working on to the side and try to keep the ball rolling with the Cally franchise.  So, what’s in store for Cally on her next adventure? 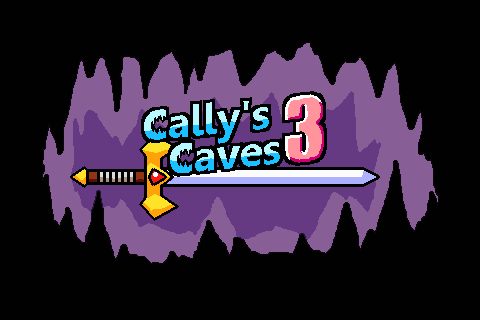 Cally’s Caves 3 is another chance for us to aspire to make the best platformer on iOS.  We’ve taken a lot of the feedback we received from the first two games and are putting it to use while developing Cally’s Caves 3.  The biggest change is that we are adding a new game plus mode, which will give players a lot more reasons to come back and keep playing.  After finishing the campaign (124 levels or so), new game plus mode will open up.  Another tier of weapon upgrades will open up, leading towards a god-tier final form for each weapon.  Instead of just making new game plus be like the campaign again but harder, we are adding new enemies and weapon types into new game plus, and the one “true” story ending to the game will be at the end of the new game plus playthrough.

END_OF_DOCUMENT_TOKEN_TO_BE_REPLACED

We just posted our first trailer for Cally’s Caves 2, and since we were figuring it out as we went along, nothing seems more appropriate than a dev diary on how we made it.  You can use it as a cautionary tale, or get some tips that may be useful for your trailer, it’s really up to how you judge our final product.

When we made the trailer for the first Cally’s Caves game, we used a very popular screen recording software called Fraps to capture our footage.  We then used an editing software named Proshow Producer to edit the clips together and make our trailer.  While this was a decent way of doing it, we had problems with the overall video quality.  Fraps recorded high quality footage, but when we stitched together the .avi files that Fraps makes, then rendered the project again in Proshow Producer, there was a severe decline in video quality.  Add Youtube’s compression to the mix and we ended up with a pretty grainy trailer, as you can see for yourself above.

One thing we think worked out nicely for the Cally’s Caves trailer was how the footage was edited to the music, and ramped up as it went along.  We knew we could use some of the techniques we had learned making that trailer and make the trailer for Cally’s Caves 2 way better.

END_OF_DOCUMENT_TOKEN_TO_BE_REPLACED

Since we had wrapped up our soundtrack work on Cally’s Caves 2, we figured we might as well put it up on Bandcamp and see what happens!  We will be linking to the Bandcamp in a “support the developers” tip in the game.  It’s pretty much our “donate” button for Cally’s Caves 2, since the game will be totally free.  Enjoy the tunes, and if you like them, there’s 21 full tracks for only 3 dollars.  Also, if you don’t want to pay, there’s always our Soundcloud, which has a decent number of the tracks available for free.