If you are involved in the #gamedev scene on Twitter, or online gaming communities, you’ve probably seen lots of numbers thrown around regarding the cost of making a game.  “30 grand is a drop in the bucket,” “games are so expensive to make” “we didn’t have enough money to stay on the top of the charts” are phrases that pop up all the time.  We are probably the cheapest game developers around, and now that we’ve released 3 games, we figured it would be a fun exercise to see what products we needed to ship a game and how much it has all cost so far.

*Please note that we didn’t factor PC costs into the Cally’s Caves 3 budget, since we all already owned PCs we had purchased previously for different purposes. 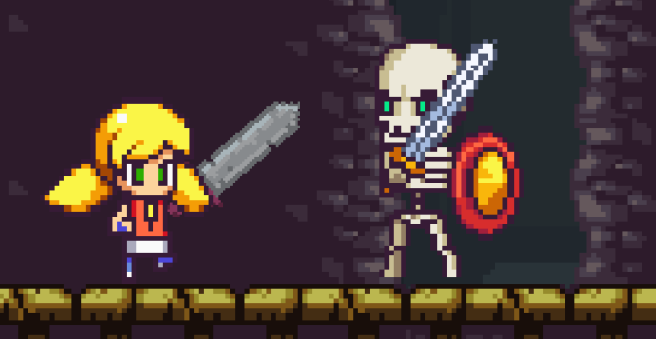 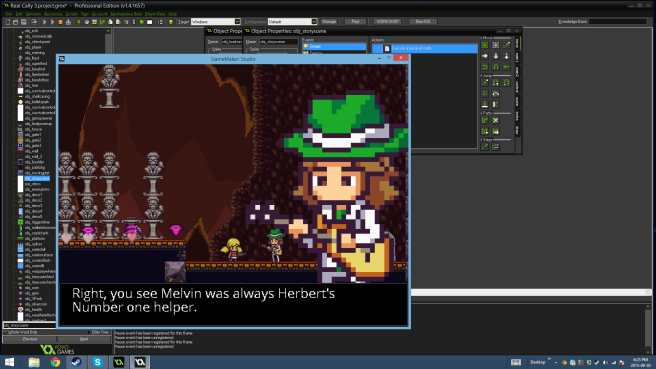 When it comes to creating the actual assets for the game, GameMaker Studio might not have everything you need.  Our artist, OHK0, used the GameMaker Sprite Editor and a few other free open source software packages to create all of the art assets for the game.  I used a free software to make the trailers.  Dave and I used previously purchased music software to create the music (Reason for me and Pro Tools for Dave).  Since we had both purchased the software many years prior to getting into game development, we don’t factor it into the production budget for Cally’s Caves 3.

In order to publish a game on iOS, you need Xcode, a program that only comes on a Mac.  If you look through the GameMaker forums, you’ll see some people have had success emulating a Mac on their PC and tricking it into building apps.  This seems like an unstable solution, however, so we knew we would need access to a Mac to build our games.  Fortunately, everyone knows a couple Apple enthusaists, and a few of our family members own Macs.  So for the past two years, every time we need to make a new build of a game, we bring our PC to a family members house to build it on.  That’s right, for two years we’ve been making iOS games without owning a Mac.

Total Cost of Mac: Lots of walking and nice friends that let us use their Macs.

This is an area where the difference between being an indie developer and working at a larger development company are very different.  When someone says “30 grand is a drop in the bucket,” that statement is very true if you are a big video game company that has to pay salaries and benefits.  When you are a team of 3 people who are willing to work 14 hours a day for a year to make a game, the cost of generating assets goes to zero.  We never paid a single cent to produce any asset in any Cally’s Caves game because we did it all ourselves for free.  The downside to the way we did it is that none of us got paid during the development cycle, but our team morale was high because we loved what we were doing.  When we looked at the singular goal of publishing a game we were proud of, and that became all that mattered. 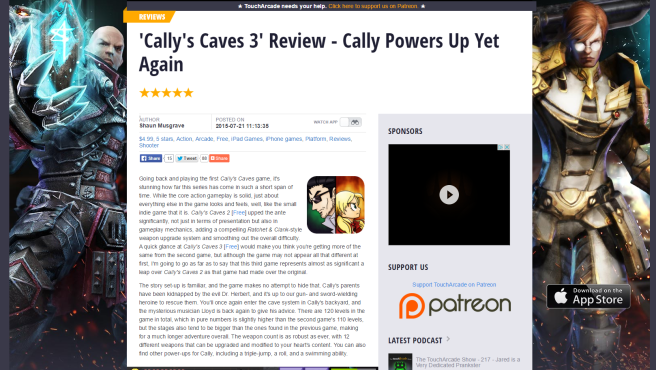 This is a bit of a tricky category, and one that there is a lot of confusion about in mobile game development.  We can only relate our experiences with marketing, so take it with a grain of salt.

There are statements from developers all the time that state that they didn’t have the money to stay at the top of the charts.  This is usually referring to User Acquisition.  User Acquisition basically refers to paying money to market your game and acquire new users.  Big companies will pay millions of dollars for ad campaigns in other apps, in the hopes that some of the customers they acquire will end up spending even more money in their game once they are hooked.  The top ten spots on the free app charts on iOS are dominated by games like Candy Crush Saga and Clash of Clans, and when an indie developer says they didn’t have the money to stay on the charts, it’s because they couldn’t spend the same millions companies like King do to acquire new users.  This is a legitimate concern, and thousands of indies have gotten buried by the dominant games.  At the same time, it can also be an excuse.

Just because certain large companies can afford to dominate the charts doesn’t mean that the only way to get on the charts is through user acquisition campaigns.  It’s simply not true, and games like Cally’s Caves 3, the Adventures of Pip, Bloo Kid, and Nub’s Adventure have demonstrated that it is possible to get on the charts and make a living without being in the top ten overall free apps or top grossing chart.  Clash of Clans might be #1, but it is also making millions of dollars a day.  If you can make an app that Apple likes enough to feature and gets some decent press, you can definitely hit an audience that is big enough to sustain you.  There’s a ton of articles out there saying trying to make a successful game on mobile is an impossible task, and we can’t stress enough how strongly we believe that you should ignore that advice. 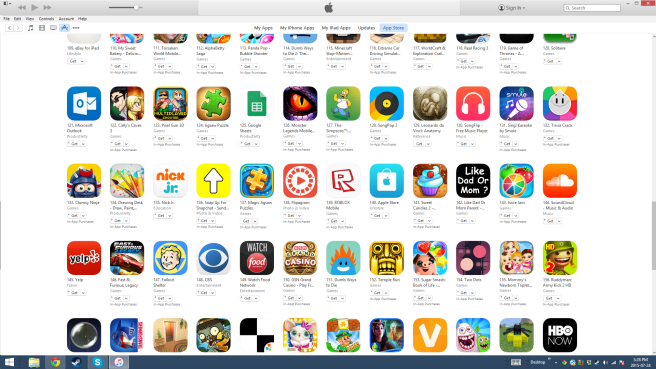 Cally’s Caves 3 had a marketing budget of 0 dollars, so we paid for nothing.  Instead, we marketed in the only way we know how, continuing to be involved in the communities we were already a part of.  The Toucharcade Forums are a great example of this.  When we, as long-time members of the community made a thread about our upcoming game, lots of community members joined in to discuss it, which created a small buzz.  When the game came out we tweeted about it to the #gamedev and #indiedev hashtags on twitter, which we have been regularly posting in for a couple of years.  If an indie dev joins a community and their first post is “hey guys, check out the game I made,” it looks pretty insincere.  So for us, making a game for a gaming audience/community we were already a part of helped our marketing be more organic and gave us a big boost.  Being featured by Apple was most likely a direct result of the positive coverage/community activity around Cally’s Caves 3 on Toucharcade. 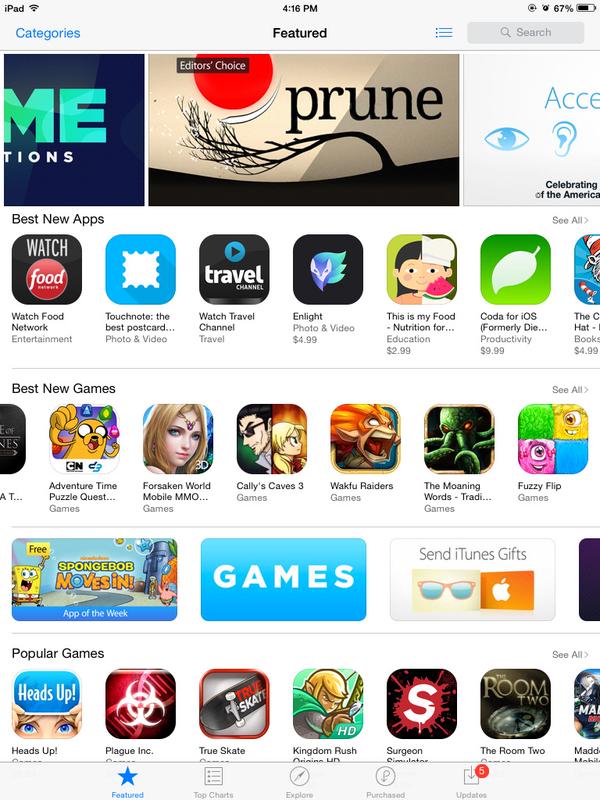 Cally’s Caves 3 isn’t a huge commercial success that made millions of dollars and shot to the top of the charts.  It did get featured by Apple in the Best New Games and Best New Updates categories, however, and has been in the top 100 overall apps in the crucial U.S. Appstore market.  It’s made us enough money to make another game.  At it’s peak, its been ranked above Kim Kardashian’s Hollywood, Plants vs Zombies 2, and Jurassic Park Builder.  It got featured in the “15 Toughest Heroines” feature category, alongside games like Monument Valley and Tomb Raider (Monument Valley apparently cost $948,000 to make).  And all for a total budget of $689.  The lesson that we’ve learned after shipping 3 games is that if you really love games and want to make a game, money isn’t going to be the thing that stands in your way, willpower is.  Do whatever you have to do to make it happen, and please, share your game with us so we can try it! 🙂