I’ve decided to write a weekly development diary about the process of making Cally’s Caves 2.  I’m doing it mostly as a design tool to help me reflect upon decisions I’ve made while designing the game, with the hope that it will help me think about the ideas from another perspective and help me create the best game I possibly can.  So it’s a personal tool, but if you read it and enjoy it, it certainly can’t hurt!  To begin, here’s a bit of background:

In June 2013, having quit my day job, I decided to try and make a video game with my good friend Dave.  The main barrier we faced in this venture was that neither of us had any experience in game design.  Sure, I had programmed some little bits of software on my Commodore 64 as a kid, but nothing resembling a full game, and that was 20 years ago.  Inspired by the likes of Tom Francis and Steve Gaynor, who both made amazing independent games (Gaynor had experience but left a big company to make a solo game, and Francis had no experience but kept his day job and learned how to do it at night), I enlisted Dave and we set out on the path.  By October we had finished Cally’s Caves, and released it on the iOS Appstore.  There’s no need to get into the thought process behind the design decisions we made here, but since its release we’ve had 7000 downloads and although we didn’t make any money, it was a personal success for us both – we proved to ourselves that we could ship a game. 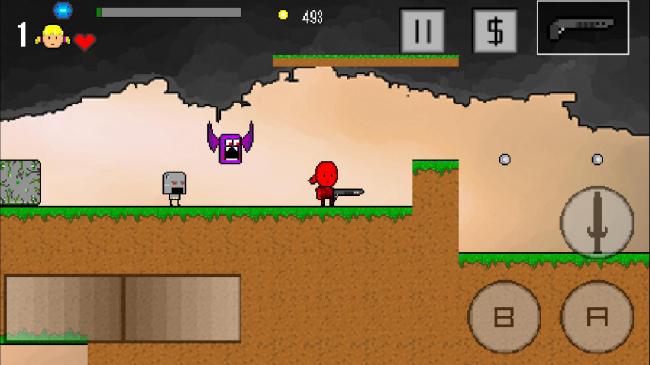 In the months since its release, I’ve been toying with the idea of making another game.  I knew 7000 downloads wasn’t much, but we had a pretty decent reception from the people that did play it, and a lot of them felt the same as me – there just aren’t games in this genre on the Appstore.  Maybe we could have struck it rich by making something like Flappy Bird, but I want to make a game that I enjoy playing as much as I do designing, and something about the metroidvania genre just clicks with me.  I also felt that we could have made Cally’s Caves better.  As time passed and I got some separation from the game, I began to see all the flaws and problems that I couldn’t see when we were crunching in the weeks before release.  I felt our engine was good, but the way things played out could have been done better.  Why buy weapons from a shop, when Cally could find them in in the world at key points?  It would allow for a more guided experience, and let us retain more control.  Why take away the players progress just to try and fit it into the mold of a roguelike game and extend play time?  It would be better to lengthen the game in a non-artificial way.  It feels like we left some unfinished business behind, and we needed to get it out of our system before we moved on to trying to create a different type of game. 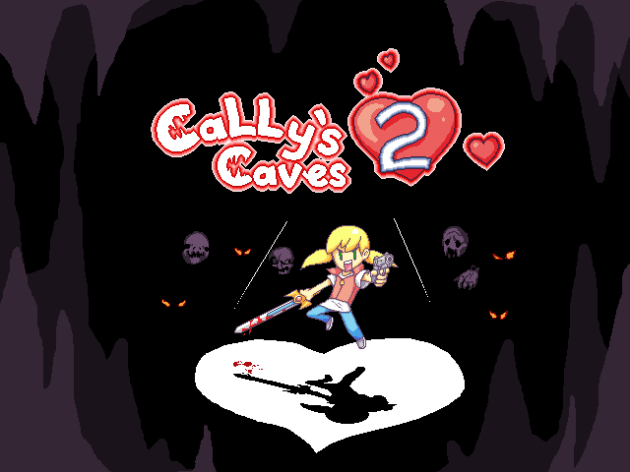 Ultimately, we decided to make Cally’s Caves 2.  We can build on our small audience, get a tiny bit of name recognition, and create a game we are truly proud of.  We resolved to take as long as it takes to make the best possible game we could make, unlike Cally’s Caves, which had a 4 month, self-imposed deadline.  We have decided to make no sacrifices in the game’s systems, if it makes the game better, it’s going in, despite how long it may take or how difficult it may be to implement.  I want to make sure that if this is the last game I ever make, it is going to be something I cannot find a fault in.

We are now 2 months into making Cally’s Caves 2.

Next week: The Art