We recently released the Cally’s Caves 4 OST on Bandcamp for the low price of 5 dollars!  As we ramp up to the games release, we are excited to bring you 43 all-new songs for Cally’s Caves 4.  You can purchase the Soundtrack here. 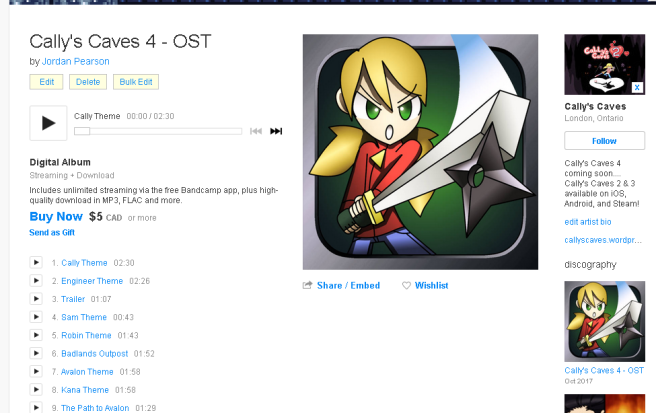 We are excited to announce that Cally’s Caves 4 is going to be coming out on iOS in November!  Here is the official trailer:

Cally’s Caves 4 picks up three years after the end of Cally’s Caves 3, with Cally and her friends searching for a cure for Rupert’s Curse.  Cally will set out on a worldwide journey to find “The Amulet of Valerius,” an artifact that she believes can cure Rupert and give him a normal life.  As the story unfolds, Team Cally will uncover the origins of a secret society that controls the world, and meet a new nemesis that threatens to destroy everything that Cally loves.

Cally’s Caves 4 development is proceeding at a furious pace, and we recently had a chance to revamp the way our start screen works.  Our first game’s start screen was simply a logo on a black screen, and with each successive game in the Cally series, we want to improve every aspect of the game.  In this dev diary, we will outline the method we used to create the Cally’s Caves 4 start screen.

END_OF_DOCUMENT_TOKEN_TO_BE_REPLACED

How do we create a new game in the Cally’s Caves series that feels fresh and changes things up?  The first 3 games in the series were very light on story, and although we were able to plant some seeds for future story ideas, we could take the plot for Cally’s Caves 4 anywhere.  This dev diary will go over some of the decisions we’ve made to make Cally’s Caves 4 stand apart from our previous games.

All 3 Cally’s Caves games took place in “the Caves,” a place that started in Cally’s backyard and gave us a good amount of variety to work with.  The story of Cally’s retaking of the Caves has now been told, and we want to take the environments in Cally’s Caves 4 in some new directions.  Instead of taking place in one interconnected Cave system, Cally’s Caves 4 takes place all across the globe, in facilities owned by the Golden Skull Society (more on the G.S.S. later).

END_OF_DOCUMENT_TOKEN_TO_BE_REPLACED

Ookpixels is a website that celebrates Canadian video games, and we were lucky enough to be interviewed by Devon Wiersma for the site!  @devon_wiersma on twitter, Devon is a great writer, and the process of being interviewed was really fun.  You can check out the interview here.

Our good friends at nardio.net published an interview with Jordan about the history of the Cally’s Caves series for the website’s fifth anniversary.  We want to say a big thanks to Bernardo at Nardio.net for making this interview happen!  You can read the interview here.

Here is a rough draft sketch of one of the bosses from Cally’s Caves 4.  Work on the game continues, more to follow! 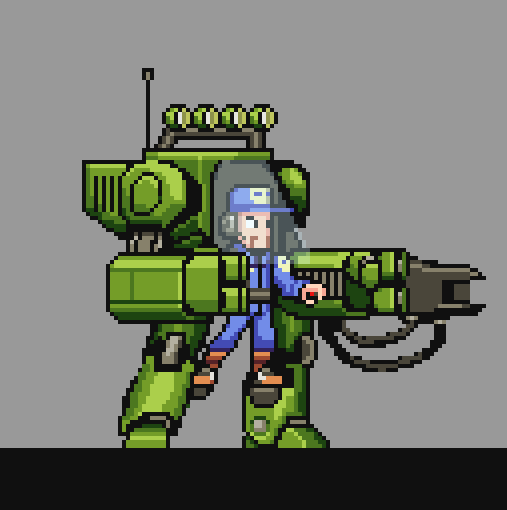